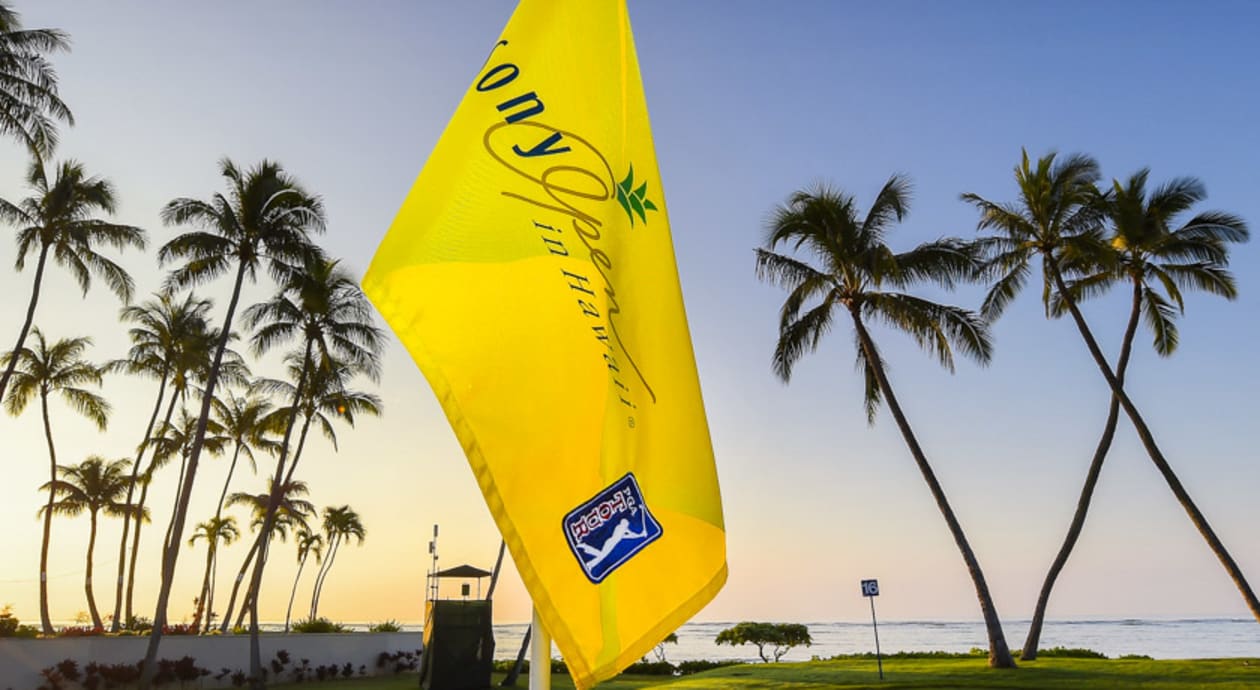 The Tour makes the trek across the Hawaiian Island from Kapalua to Waialae Country Club in Honolulu. Last week Cameron Smith and Jon Rahm went down to the wire before Smith birdied the 18th hole to claim a one-stroke victory over Rahm at -34. You have to feel a little bit for Rahm where he shot -33 including tying the course with a 61 and then still come in second place. It was an absolute birdiefest at the TOC last week which will not quite be the story this week at the Sony Open.

Waialae is a much different course despite similar terrain and geographical proximity to Kapalua. Kapalua was very much a bomber's course with wide airways and less penal rough. This week will be a much tighter track adn will play as a Par 70 rather than 73 last week. This course sets up as a second shot course as golfers take aim at these Bermuda greens. I cannot take credit for this stat from Action Network but it did come up in my research and will be an interesting angle for this week. "Over the past five years, 117 players have made the trip from Kapalua to Waialae. Of those 117, 86 have made the cut (74 percent); 48 have finished top-25 (41 percent); and 22 have finished top-10 (19 percent)." It does look like there is at least some statistically significant event that almost a fifth of the golfers in this group posted  Top 10 finish at Sony. This week I will be looking at accurate drivers that will be in the fairway and that have strong ball-striking and approach games. Putting will also be important this week. It will be interesting to see what type of startegy that guys like Bryson take this week. Will he try to bomb and gouge this course or will his driving distance be neutralized this week due to the natural track of this course? If you look at past winners here, I am leaning heaviliy towards the more accurate golfers off the tee and elite ball strikers. Let's take a look at the picks for this week.

If there is one part of Conners' game that plagues his chances at winning each week it is his putting. Conners is great off the tee, has an elite ball striking and approach game, but will squander multiple scoring opportunities. If there is a saving grace for Conners this week it is that he has gained over 13 strokes putting in his three appearances here at the Sony Open. Pair that with the fact that he ranks third in ball striking over the last 100 rounds and Conners is easily setup for success this week. I am not concerned with his accuracy off the tee or ability to hit greens with close proximity so Conners will be in contention on Sunday as long as his putter is rolling.

If I am looking at performance from last week and uilizing the stat in the preface of this article then I am targeting Leishman for an outright as well as a Top 10 finish. Recent performance: T-10 at the TOC--check. Course history: 12 for 12 cuts, four Top 10s, seven Top 25s--check. Leishman's overall game is a great fit for this course. He finished T-10 last week at a course that doesn't necessarily fit his strengths so I like where his game is at coming to a course that should setup nicely for him. He is my statistical pick for a Top 10 this week as well.

I know that the odds aren't as appetizing as some others on the board but this is my lock of the week with Henley finishing Top 20. Henley is a shorter hitter which shouldn't negatively impact him this week. He has a strong iron game and his putter can get hot. He has a strong course history here with three Top 20s including T-11 last year. He hasn't missed a cut in his last eight starts and should be looking to start off the new season with a strong start. I may even lay some action on Henley as an outright as the week goes on. He is currenty at 22-1 on DraftKings but that number could get longer as the week goes on with other big names around him at similar odds.