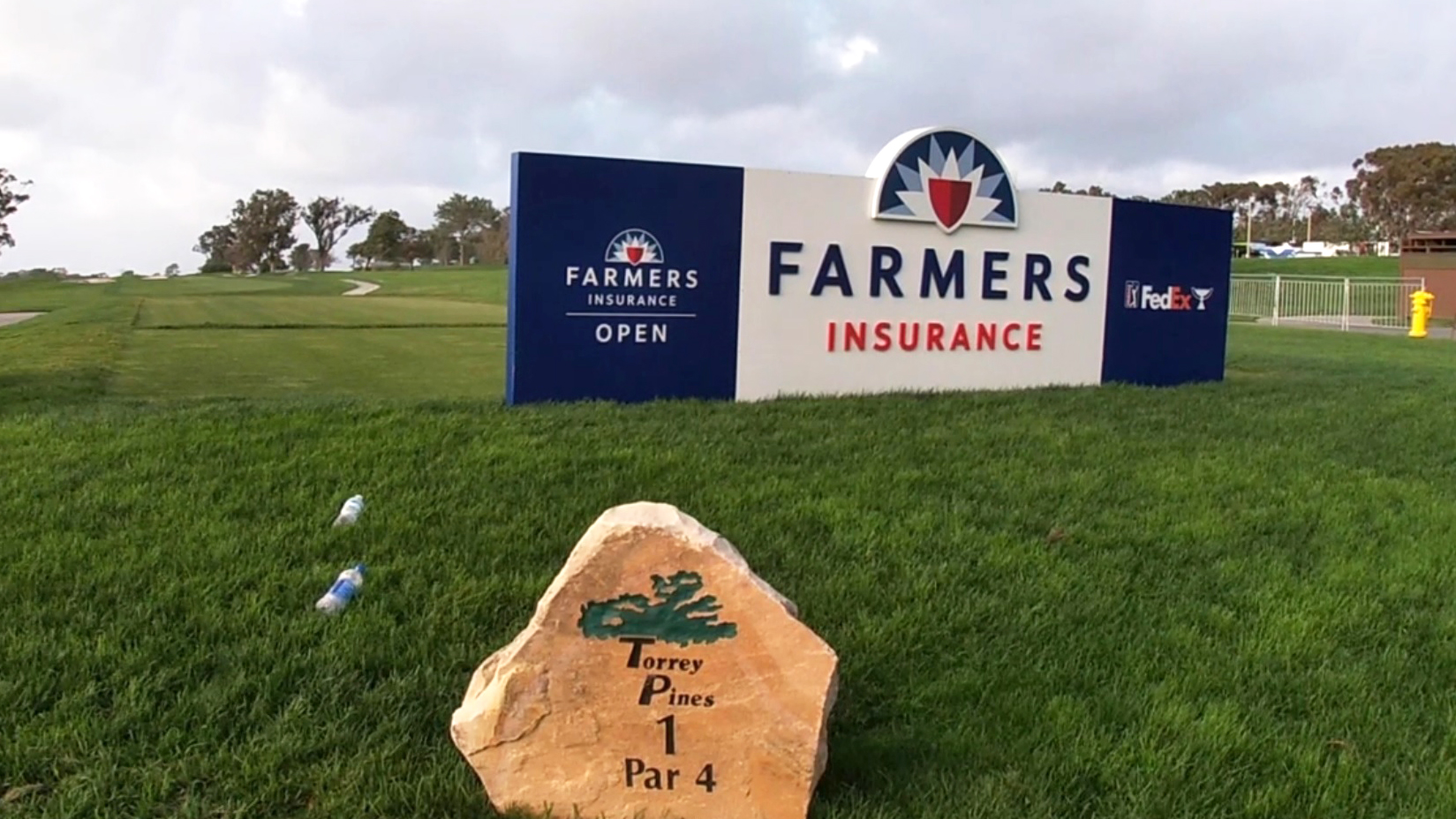 The Tour heads to the everfamiliar Torrey Pines golf course this week for the Farmers Insurance Open. Six of the Top Ten players in the world teeing it up including Jon Rahm, Justin Thomas, Hideki Matsuyama, Dustin Johnson, Xander Schauffele, and Bryson DeChambeau. Other familiar names including Brooks Koepka, Daniel Berger, Jordan Spieth, and Tony Finau will also make the trip to Torrey Pines making it a loaded field and the strongest that we have seen this season. Just a forewarning, the tournament starts on Wednesday this week rather than the normal Thursday start so be sure lock in your picks in time. Let's take a look at Torrey Pines.

Torrey Pines sports two courses that will be utilized this week--The North Course and the South Course. Golfers will alternate on both courses the first two days and then play the final two rounds on the South Course. The South Course plays as one of the longest courses on the PGA schedule and plays at more than 500 yards longer than the North Course. This will bring driving distance into play this week as well as the ability to gain strokes on approach from 175 yards and beyond. The South Course also has below average sized green that are difficult to hit. The golfers that I am targeting this week are ones that are long off the tee and have a strong approach, but I am also looking at short game and ability to recover after missing greens. The Top Ten golfers here in adjusted scoring are: Jon Rahm, Ryan Palmern, Tony Finau, Justin Rose, Patrick Reed, Marc Leishman, Adam Svensson, Keegan Bradley, Will Zalatoris (only two starts with a MC and T-7), and Jason Day. Jason Day has three missed cuts here but also has two wins, a second place finish, and fifth place finish, and a ninh place finish. It is also worth mentioning that Jon Rahm ranks first in adjusted scoring here and that does not include his US Open win last year at Torrey Pines.

I am looking for value at +2000 in this loaded field. Tony Finau is going to be a popular pick this week with good reason. Finau has played well in the past on the Tour's California-swing and he fits well at Torrey Pines this week with his driving ability and ball-striking. He has finished T-6 or better in four of his last five starts here and ranks third in adjusted scoring at Torrey Pines. Not that this can be measued with any stat but I also like the fact that he has been playing recently and isn't making his season debut at this tournament like a few of the other big name golfers. He has been in decent form and has had a chance to shake off the rust from the off season. Sure, Finau does not win a lot of tournaments but you can almost guarantee him to be at the top of the leaderboard with a legitimate chance to win most weeks. I expect that to be the same story this week.

I am tailing some of the other Bet Karma PGA gurus here with the Molinari pick. He has a Top 10 finish here last year and is coming off a sixth place finish last week at the American Express. If you feel like you haven't heard much from him since the Master's a few years ago then you aren't alone. I have had some action on him in other tournaments since then that have resulted in disappointing finishes but I am going back to the well this week. These odds are a little too good to pass up on considering his overall pedigree and his success in California tournaments. He has two Top 25s in addition to his Top 10 last year as well as a T-13 finish at the US Open last year on this same course.

My logic here is pretty simple: Clark is a long hitter and a great putter. He is in good form making the cut in six of his last seven starts and has finished in the Top 35 in both of his made cuts at the Farmers. Finishing in the Top 20 is not that farfetched for a guy with this a talent. I also expect him to have some extra motivation this week as a young gofler trying to make a big splash in this loaded field and establish himself as one of the best younger golfers on Tour.

Luke List is one of the longest hitters on Tour. If his putter would cooperate with him then he would be a much more well-known name. His putter has been his downfall including at the WGC Dell Match Play in 2018 when he slammed his putter into a brick wall bending it and having to use his wedge to putt the rest of the round (he went on to birdie three of his next four holes using a wedge to putt). He is a good fit for Torrey Pines and has made the cut in all four of his starts here including two Top 15 finishes. He is also leading the Tour this season in Strokes Gained T2G and has made the cut in six of his eight starts this year with four Top 20s. If he is driving the ball and the putter heats up, then there is no reason he can't find himself in the Top 10 this week with a chance to win at 70-1 odds. Take the chance on him this week at Torrey Pines.