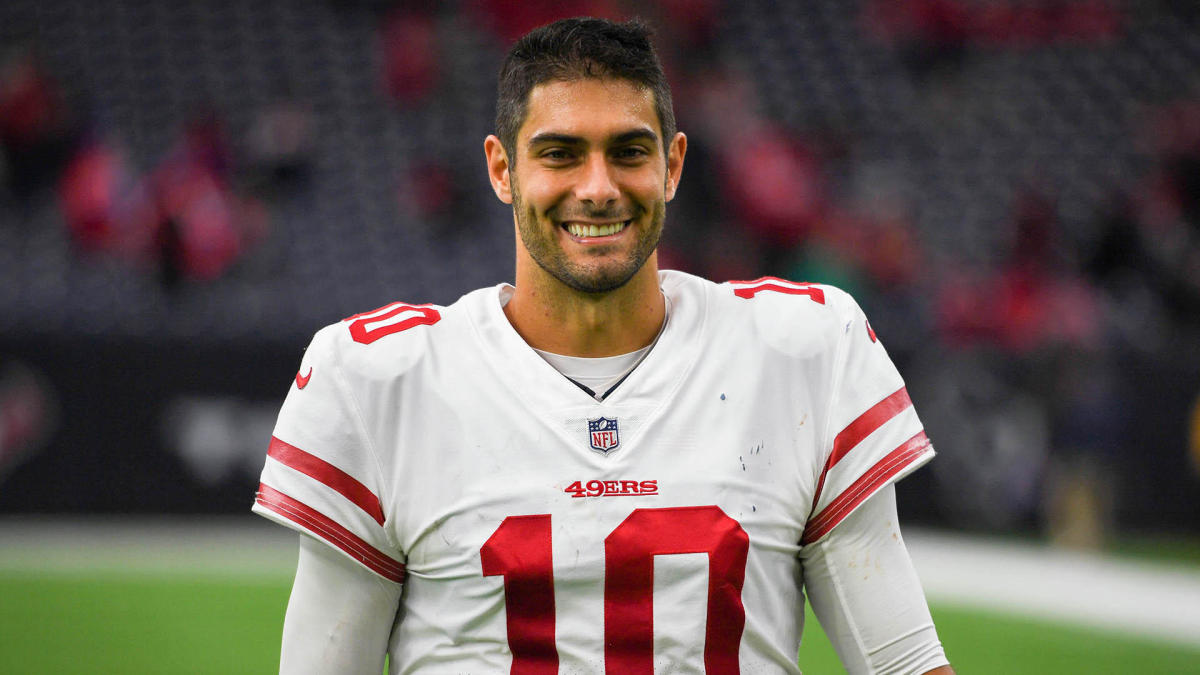 I generally only post one NFL prop per week, but we’re upping it to two for the Conference Championship. It’s a special week with the winners of these games going to the Super Bowl. If you haven’t already, check out my article on Byron Pringle from earlier this week. In this article, I’ll be breaking down my favorite bet involving Jimmy Garoppolo vs the Los Angeles Rams in the NFC Championship game.

Garoppolo and the San Francisco 49ers will travel to SoFi Stadium for a matchup against Matthew Stafford and the Rams this weekend. Both teams are coming off of exciting wins in the Divisional Round, as the 49ers defeated the Green Bay Packers and the Rams knocked off the Tampa Bay Buccaneers. The Rams are currently -3.5 point favorites in a game set at 45.5 points.

Garoppolo’s seen mixed results for the San Francisco 49ers this season. He’s thrown for 4,113 yards with 20 touchdowns and 14 interceptions on 485 pass attempts through 17 games. He’s also added 52 yards and 3 touchdowns on the ground.

There isn’t truly all that much to this bet. Garoppolo is a turnover-prone quarterback in a high-pressure game. He’s averaging 0.8 interceptions per game and 34.6 pass attempts per interception this season. Garoppolo’s recorded 2+ interceptions in 4 of his 17 games as well.

The most important aspect is the quarterback's current form. He’s played in high-pressure games in each of the last four weeks. He’s thrown 6 interceptions over that span, recording at least 1 interception in every game. In his game against the Green Bay Packers last week, he consistently put the ball in harm's way, and it’s surprising that the Packers only walked away with 1 interception.

The Rams are a tough matchup for Garoppolo. They rank third in the NFL in interceptions, averaging 1.1 interceptions per game this season. They’ve also totaled 3 interceptions against Kyler Murray and Tom Brady in the postseason.

Last week, Garoppolo consistently struggled when Green Bay got pressure on him. Although Los Angeles isn’t an elite pressure team, they do rank as above-average in hurries and QB hits. I expect them to be able to get to Garoppolo this weekend.

Generally, I don’t pay wide odds on props. This one is too good to pass up, though. I haven’t ever truly been a believer in Garoppolo, and he’s proven that he’s reckless with the ball in these high-pressure situations. The Rams are elite at forcing turnovers, and they could record multiple interceptions this weekend.