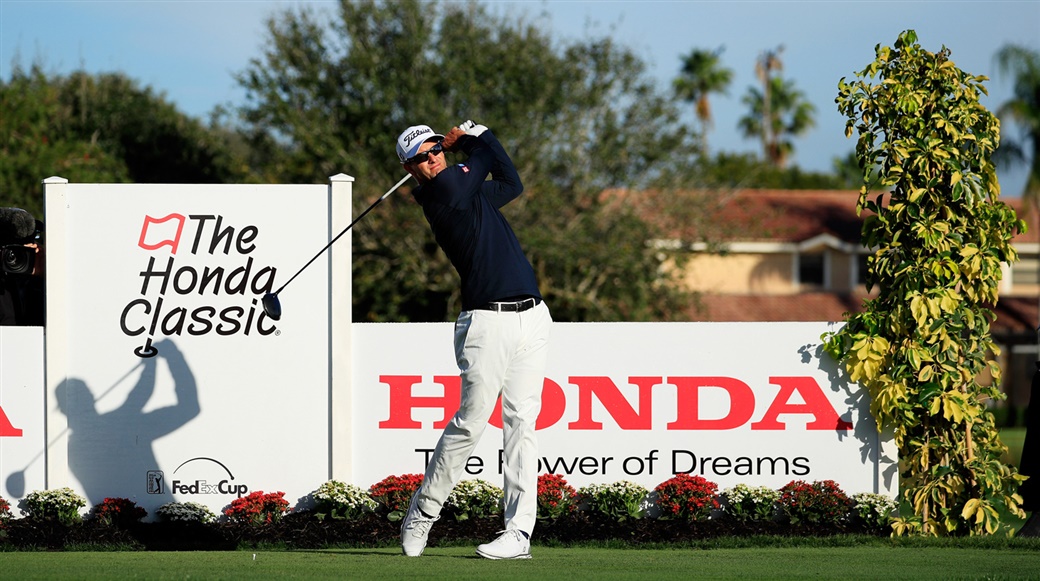 Congratulations to Joaquin Niemann on his victory the Genesis Invitational! It is not often that you see a golfer go wire-to-wire and be able to go through the physical and mental grind that it takes to win on the PGA Tour.

The Tour has completed the West Coast swing and makes its way to Florida for the Honda Classic this week at PGA National. PGA National is a Pete Dye design that has gone through a couple of renovations by Jack Nicklaus as recent as 2014. You will hear plenty of references to the “Bear Trap” this week which consists of holes 15-17 and plays as one of the most difficult three-hole stretches in all of golf. These three holes played at 230 over par last year and more than 1,600 balls have found the water hazards that weave in, out, and around these holes.

According to the PGA Tour, Ryan Palmer has hit the most balls in the water in the Bear Trap since 2007 with 17. On the opposite hand, Russell Knox has played the Bear Trap at six under par during his career which is the best on Tour. PGA National is a course that requires a strong approach game and ability to score on Par 4s since this a Par 70 course. Giving yourself plenty of chances to score will lead to success. Golfers are going to need to score as much as possible outside of the Bear Trap in case they find themselves racking up big numbers in that stretch of difficult holes. Golfers do not need to be long off the tee here since PGA National has one of the lowest average drive yardage. However, longer hitters may still have some advantages if they are able to utilize shorter irons on their second shots into the greens. If these longer hitters are too long, however, then they will find themselves taking a penalty stroke after their balls find the water hazards. Golfers that are accurate off the tee, ball striking, approach, and scoring on Par 4s should find success this week.

Going back to the well here with Russell Knox this week. He has made four out of his last five cuts including a T-7 at the Sony Open. Interestingly enough, Waialae Country Club is a correlating course to PGA National and that is Knox’s best finish so far this season. Knox is also a course horse as he has made the last three cuts here and has a second and third place finish in the last two years, respectfully. Also, as I stated in the article preview, Knox has shot six under par in his career at the Bear Trap which is the best of any other player on the PGA Tour. He is making cuts and has good course history—no reason he can’t find a way to put it all together this week.

If you want a guy that hits good drives, strikes the ball well, and has a strong approach game then look no further than Daniel Berger. Berger is one of the Tour leaders is SG Approach and Good Drives Gained on the field. The field this week is not a super loaded one, which bodes well for Berger. Berger is one of the top golfers on the Tour and this week sets up great for him to come out with a victory. He missed the cut at the Waste Management but has three straight Top 20 finishes before that including a T-5 at the Sentry TOC and aT-7 at the Hero World Challenge back in December. Berger finished fourth here in 2020 and finished second in 2015 after losing in a playoff against Padraig Harrington. I’m all in on Berger this week.

There is already plenty of chatter in the PGA betting community about Lucas Glover and for good reason. As I referenced earlier, Waialae Country Club I a strong correlating course and Glover leads the field in SG Total, SG Tee-to-Green, and SG Ball-Striking between both Waialae and PGA National. He also ranks third in SG Approach in that same statistic. What about his recent performance? Nothing too spectacular. He only has one finish better than T-33 in his last five starts but that one finish was a T-5 at the Sony Open at Waialae CC. Course History at PGA National? Yeah, he has that. Glover finished 19th last year but also has two top five finishes and another Top 20 finish here. Glover is my “statistical” pick this week and I like the odds here.

I was interested to see where Keith Mitchell’s odds were going to land this week and I like the number for him at 35/1. Mitchell is another golfer with recent success at the Sony Open where he posted a T-7 back in January. Even more impressive, and a bit under the radar, Mitchell hasn’t finished worse than T-12 in his last four cuts made (only missed the cut at the Farmers Open in last five starts). His course history is a little sporadic at PGA National—in four starts he has two missed cuts and a 53rdplace finish. But he also won this tournament in 2019 and really make a breakthrough on the Tour. Driving distance is not as important but Mitchell is a longer hitter and will be able to club down on many of these holes. This means more accuracy and more distance than the typical shorter hitters. He has one of the best recent forms of anyone in the field this week and has already won this tournament in the past. Place a bet on Keith Mitchell this week.