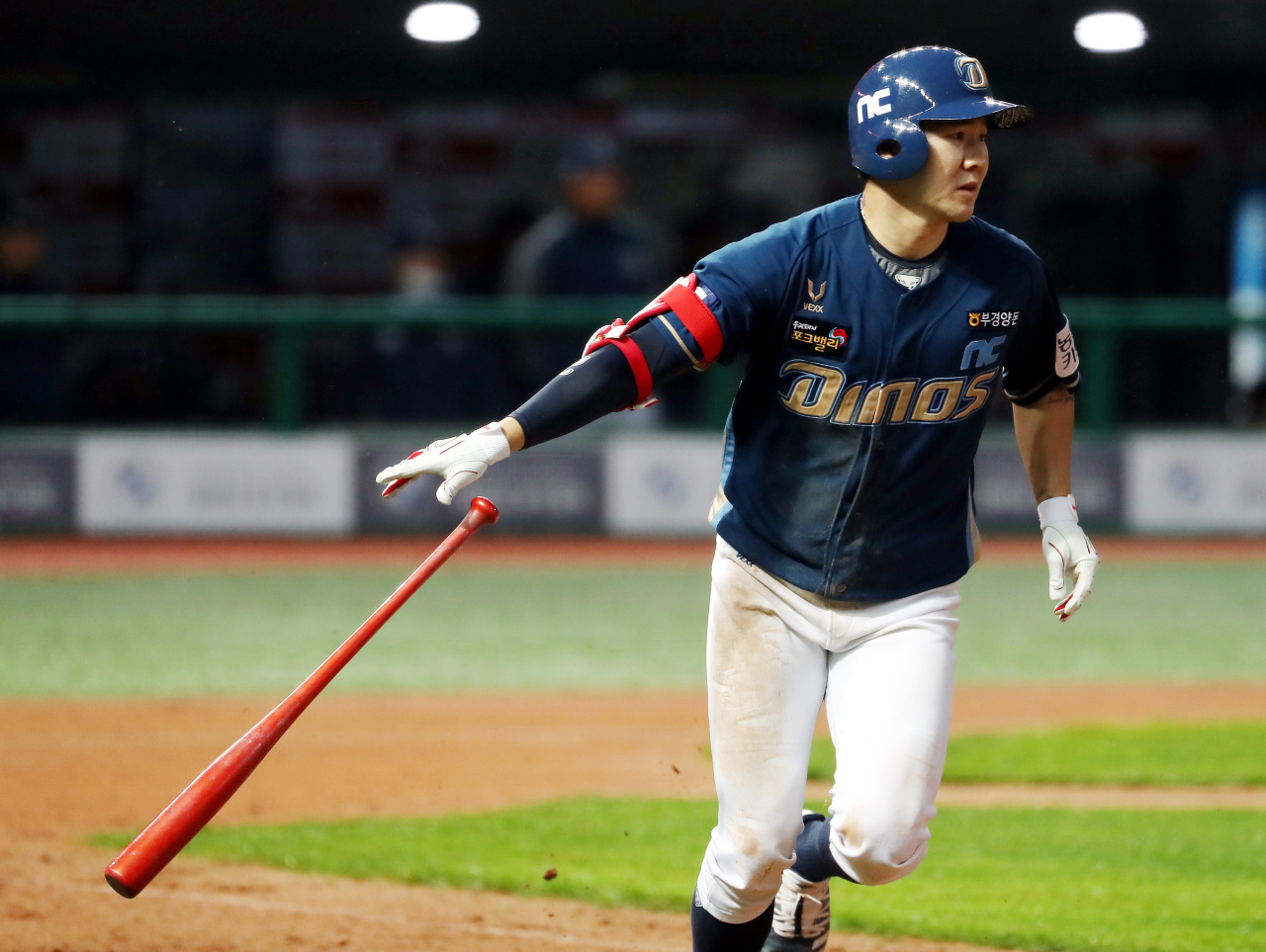 NOTE - THESE GAMES HAVE ALREADY OCCURRED, BUT I WANTED TO PUBLISH THE WRITEUP TO GIVE A RETROSPECTIVE LOOK AT PICS. NOTE THAT THESE PICKS ARE NOT (REPEAT, NOT) FOR TONIGHT'S GAMES.

Welcome to the “new” KBO writeup format!! Rather than include my full detailed record and jump into picks right off the bat, I decided to switch up the approach at the beginning. I do this writing entirely on my own and have (to a reasonable point) autonomy over what I publish, so I’m taking feedback, trying some new things out, and working to keep professionalizing my writeups. My initial thought is that one thing that could be fun is to quickly recap the previous night game-by-game and discuss the bets I made and their results, and then move into a brief discussion of the current night’s slate before diving into specific analysis, and maybe try and share a relevant KBO/MLB/general baseball anecdote as well. So, let’s get started!

Last night’s Doosan – Hanwha game was, in a word, bizarre. I saw the forecast included a high chance of rain around gametime, but was hoping that the weather might actually have a positive impact on our plays. First, Hanwha’s Seung-ju Han was making his KBO debut – whereas Doosan’s Hui-kwan Yu is in his 10th-ish season – so I figured the combination of bad weather, callup nerves, and pitching against a terrific team could significantly rattle Han. I played Bears 1st Inning ML along with a couple other Bears plays with this in mind, expecting them to come out hot. That’s exactly what happened, as Doosan’s first five runners reached base, and before long the Bears held a 1-0 lead with the bases loaded and no outs. Unfortunately, an untimely strikeout limited the Bears to “just” two runs and an early 2-0 lead. As if penance for the Bears not taking advantage of their early situation, a Hanwha bomb tied the game in B1, throwing us a terrible beat and miss on the first bet of the day, fortunately only 0.5U. After a little back-and-forth action, Doosan took a 4-3 lead in the 2nd, but storms blew in and caused a long delay, which led to Hanwha removing Han from the game. Ultimately, the writing was on the wall, as only one more inning went by before umpires postponed the game. The bet cancellations were frustrating, particularly since Doosan TT OV 7 was more than halfway there by the third inning and the offense was clicking on all cylinders, but it’s hard to compete with Mother Nature.

The SK – Kia game was perhaps the least sweaty under of the season. I loved both starters going in, writing the following about SK’s Seung-won Moon: “the Tigers just don’t have a deep lineup… so if Moon can battle his way through the top of the order twice, he’s in really good shape, particularly for the first five innings.” This came to fruition in full, as Moon stifled Kia to just a run over the first half, allowing only a single hit to Kia’s 1-5 hitters combined over this span. On the other side of the ball, Kia’s Ki-young Im dominated. Before the game, I commented: “SK doesn’t hit for much power or average, so the way they score runs is by taking advantage of defective command… thus, Im is an outstanding candidate for facing them, since he’ll make the Wyverns earn absolutely everything.” He lived up to the billing, allowing just four baserunners and no runs over six innings of work, striking out six. Neither side topped six hits, and the staffs combined for a 19:4 K:BB ratio. All three bets – 1H UN 5.5, UN 10, and SK TT UN 4.5 – hit with ease in a 2-1 Kia victory.

Around the KBO, not much surprised me other than Kiwoom’s massive 18-5 victory over NC, taking a 2-0 lead in that series. Despite a massive pitching disadvantage in game one, they were able to win in extras, and built on that momentum with this victory. More on that series later. Tonight’s slate is a series of pretty brutal pitching. There’s not one arm from a single team who I love, and some of these pitchers are downright awful. NC – Kiwoom may be particularly bad, as both teams are starting minor leaguers and the bullpens are completely drained after a series composed first of an extra-inning game then one where 23 runs were scored. With a day off tomorrow, both teams will be pushing hard to finish the series strong. NC hasn’t lost three games in a row all year, and both sides will want to finish the weekend with a statement victory. Without further ado, here’s my overall record (subdivided by unit size). Let’s get going on tonight’s plays.

Kim reminds me a lot of Hanwha’s starter last night, a fellow 2019 2nd-round pick who had struggled somewhat in the Futures League and was making his debut. That pitcher got rocked – giving up 3 ER in 2 IP before getting yanked after a weather delay – and while Kiwoom isn’t the same caliber offensive team as Doosan is, they put 18 runs on the board last night, and have some legit power when they get going. This is about as good a matchup the Heroes can ask for: while Kim has looked better as of late, including 10 straight scoreless innings over two starts, his record is littered with inconsistency and worrying signs. Let’s go through some in order. He’s rocking a heinous 7.94 BB/9, has hit a batter in every appearance this season, his K% is a putrid 14.5, and at one point he gave up 7 ER in one inning to a team that’s hit 11 HR the entire season. If I were able to guess, Kim’s FIP would be even lower than his already-awful 6.35 ERA. ALSO, I’LL REMIND YOU THAT ALL OF THIS IS IN THE FUTURES LEAGUE. This is a textbook panic-debut, and having to face one of the better offenses in the KBO without any support from an exhausted bullpen is not exactly a recipe for a successful debut. Even Kim’s best Futures League appearances have consisted of well over a baserunner per inning, so if he’s struggling to maintain control of these games, he’s in for a shock at the ‘big-league’ level. Kiwoom is going to come out hard and early, and with NC’s bullpen as run down as it is, he may be stuck in the game for 5-6 innings and just endure a beating. Kiwoom has no excuse to come out and perform here with the opportunity to become the first team to sweep the Dinos this season and make up significant ground in the KBO standings.

At least from the Minor League level, Jo looks like a completely new pitcher this season. He was awful last year wherever he threw, giving up 3 ER in just 0.1 IP in the KBO and looking like an overmatched high schooler in the Futures League. This year, however, he stepped up and came out firing, fully earning a promotion to the KBO after starting the 2020 season 3-0 with a 1.42 ERA and 1.05 WHIP in the Futures League. That being said, Jo is becoming an interesting case study in how solid Futures League pitchers translate to the KBO. So far, the results are pretty negative. His two starts couldn’t have been easier matchups – Hanwha and Samsung – and he really hasn’t looked great, giving up 10 hits and 4 walks in 8 IP, striking out just 4. He features an FIP of 5.78 and a LOB% of 80.9 (LOB = left on base; for context, this is shockingly high especially considering he hardly strikes anyone out), suggesting that regression is on its way. This on its own is enough for me to stay away from Jo, but considering the fact that he’s pitched against the two worst-hitting teams in the KBO and now has to face the best, it swings the needle from a ‘pass’ to a ‘hammer the other side.’ In the same way that Kiwoom desperately wants to sweep NC, the Dinos won’t want to lose tonight, considering they have gone the entire season without losing three games in a row, an extremely impressive feat that will carry weight in the locker room. Furthermore, since both offenses should be rocking, it should be exciting and engaging enough to keep the likely worn-down sides fighting hard. On a hunch, I calculated the average number of runs per game for each day of the week, and unsurprisingly, the Saturday night/Sunday morning slate topped the pack. This is when you see bullpens fall apart, starters make emergency debuts, and teams try to end the weeks/respective series on a positive note. I expect this game to fully follow that trend, and potentially see 15+ runs scored.

To put it plainly, I think Warwick Saupold is an extremely average KBO pitcher. He put up solid numbers last year – that 3.51 ERA was supported by a 3.47 WHIP – but at some point, when you’re allowing well more than a hit per inning and not doing much in the strikeout department, you just are going to get hit hard by good teams. Saupold’s stats were aided significantly by an opening day complete-game, 2-hit shutout vs SK – since then, he’s allowed no less than 5 H / 2 ER in a start, including the following statline over his last three appearances (vs LG, Kiwoom, and Lotte): 18 IP / 14 ER / 34 H / 9 K / 4 BB. None of these outings have featured less than 9 hits, and Lotte just put up 7 against him over 5 IP. Saupold’s longevity is typically something that people regard as a positive for him, but in this game, I’ll take the contrarian view and see it as a positive for Doosan. Here’s why: Hanwha has a couple decent lefties in the pen, but they can’t get on the field if the Eagles are busy leaving Saupold (and his platoon disadvantage vs six Doosan hitters) out there to get rocked for 5+ innings. Unless he somehow finds the BABIP lucky charm and manages to induce batted ball out after batted ball out, I’m not particularly optimistic that he gets through the first half of the game without allowing 4+ runs.

HANWHA HITTING: 10th in average, runs, and OPS. But they hit 2 HR yesterday!

Bears starter has not yet been announced – the most likely playout is a full bullpen game, which is extremely concerning at this point in the week, when every serviceable arm has already pitched at least two times. I will keep this updated as the night goes.