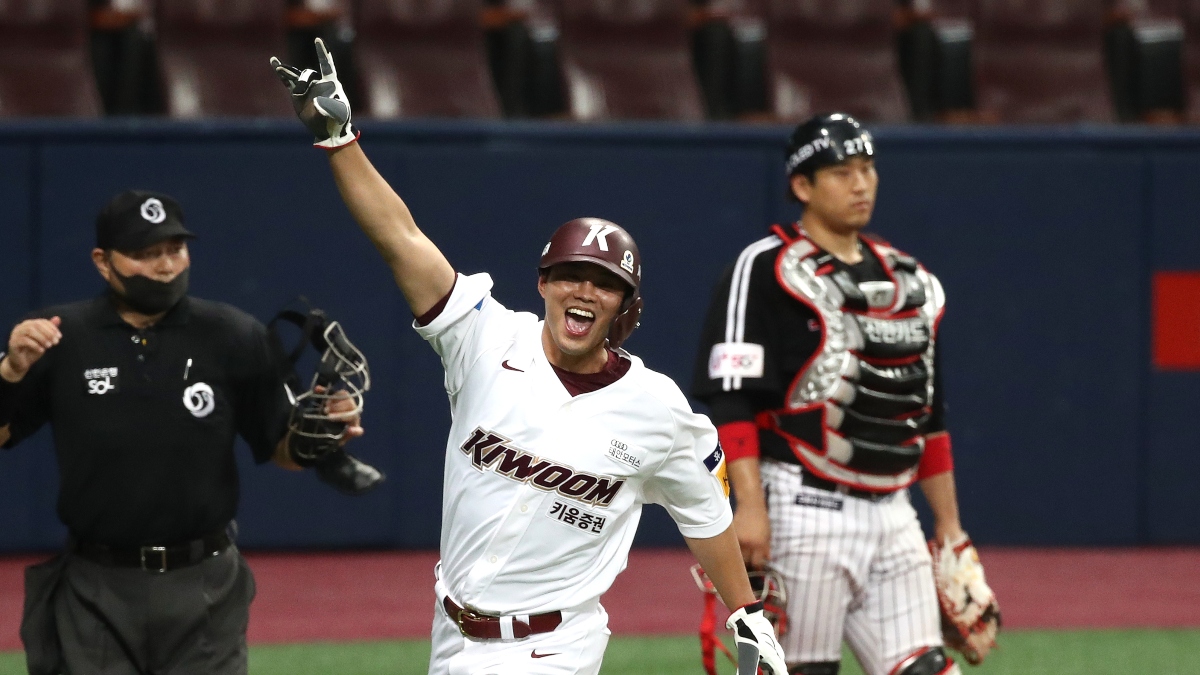 JP's KBO 5U PLAY OF THE YEAR

Anyone who has tailed my KBO plays over the last few months knows my attitude towards Hui-kwan Yu: Auto Fade. Throughout his career, Yu has undergone stretches of fairly decent effectiveness, even bordering on upper-tier pitching. However, as he stretches into his mid-30s, any shred of productivity has been replaced by a proclivity to be shelled.

Here’s a game-by-game log of the opposing teams runs/game in contests where Yu is the starter: 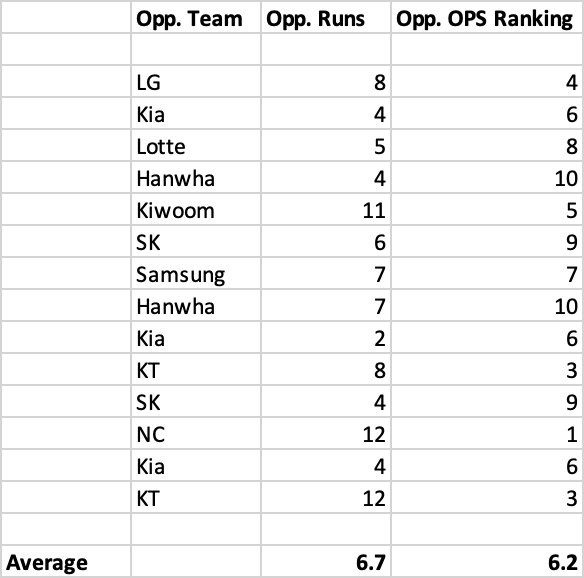 This chart tells me two – first, that teams facing Yu are averaging nearly 7 runs per game. Second, Yu has faced on average teams well outside the top five in OPS.

Here’s Yu’s game log vs top-five OPS teams (one of which is Kiwoom). 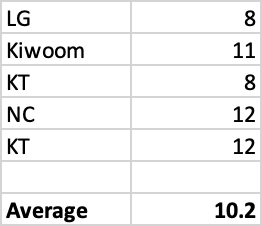 In short: Yu is getting absolutely torched by the better KBO offenses. Kiwoom, while ranking fifth in OPS, has surged offensively and is only getting scarier with the acquisition of former Cubs SS Addison Russell, who was activated a few days ago and went 2/4 with 2 RBI and 1 R in his debut. Russell, who fell out of grace in the United States after a case regarding domestic abuse, still arguably has the talent to compete on a Major League roster, which suggests his skillset will absolutely dominate the KBO. Over a full season, I very realistically could see Russell running away with the MVP Award in the league. He’ll be an anchor in the Kiwoom offense for as long as he stays in the league, and I honestly think his spot on the roster makes the offense the best in the KBO. Over the course of his Major League career, Russell was better against left-handed pitching than right-handed, posting a .717 OPS against lefties. This makes him a perfect addition to the Kiwoom offense, which is significantly better against lefties than righties, with their regular players posting a .275 AVG / .445 SLG / .174 ISO against lefties vs a .274 AVG / .412 SLG / .148 ISO vs righties. Add a strong righty like Russell to the equation and you’re looking at an order of mashers. Furthermore, Yu has gotten absolutely thrashed by righties, with RHH posting a ridiculous .298 AVG / .500 SLG / .202 ISO line against him. To add to all of this, Doosan has a 5.42 bullpen ERA, which isn’t exactly inspiring confidence in the latter innings of the game. As the away team, Kiwoom will have nine full innings to hit, and my guess is they need around four to break their team total. 4.5 is a ridiculous line, and they’ll get there with ease.