I’m finding Week 3 to be the hardest week of the season to handicap so far. I will always prioritize quality over quantity so this week there will be fewer write-ups then most. Good thing is if you purchased the Bet Karma NFL Premium package then you already cashed Miami +3 on Thursday!

Week 2 Recap: We had another very profitable week in which we 5-2 on our top 7 plays! Check out below how each confidence level is doing so far this season!

This week I will be starting with my 3rd ranked game. Check out the Bet Karma NFL Premium package to read my top 2 plays and more.

Well I can tell you one thing, I expect a lot of points in this game. This game features two top 5 offenses along with two defenses who have struggled to get stops. Seattle is averaging 36.5 points per game while allowing 27.5 points per game. On the other hand, Dallas is averaging 28.5 points per game while allowing 29.5 points per game. Now let’s dig into the numbers a little. Yards per play (YPP) is one of my favorite statistics to monitor as the season progresses. Despite Seattle allowing less points than Dallas this season, Seattle owns the 4th worst opponent’s yards per play and Dallas actually owns the better YPP margin between the teams this season. Seattle is allowing 6.6 yards per play. This is comparable to Detroit (6.5), Las Vegas (6.7), Atlanta (6.9), and Miami (7.2). They are creating minimal resistance for opposing offenses. And where is Dallas elite? On offense. I know Dallas will get their points so this game will largely come down to if Dallas’ D can slow Russell Wilson. It’s not looking good when Dallas allowed 39 points vs Atlanta last week but not so fast. Dallas lost 3 fumbles and failed not one, but two fake punts in their own territory. Baffling. Having 3 lost fumbles and failing 2 fake punts in the same game is just crazy. Yet, Dallas still found a way to win despite almost nothing going there way (besides that onside kick 😉). Dallas had 5 significant occasions where things didn’t go there way. Atlanta had 1 or 2. Now guess who played Atlanta in Week 1? Seattle. We have a common opponent in Atlanta. The difference in Week 1 was Seattle had everything go there way while Dallas almost had the exact opposite in Week 2. In Week 1, Atlanta was -2 in the turnover battle and they went 0 for 4 on 4th downs while Seattle scored a touchdown on their only 4th down attempt of the game. My point in all of this is that the betting market’s general perception of Seattle is probably higher than it should be and the perception of Dallas is probably lower than it should be. This creates value and we see that with the lookahead line at -3, the opening line at -4, and this line being bet up to it’s current number of -5. The market is on Seattle. After the first 2 weeks of play and injuries, I’ve seen a 3 point swing in my power ratings in favor of Seattle. Yet, I still only make this line around Seattle -3.25. Despite Dallas starting slow out of the gate, I think they’ll keep this game close with Seattle. They have the offensive power to go punch for punch and I don’t really trust either defense to get stops. I’ll happily grab the points in a spot where the backdoor will be wide open if we need it. 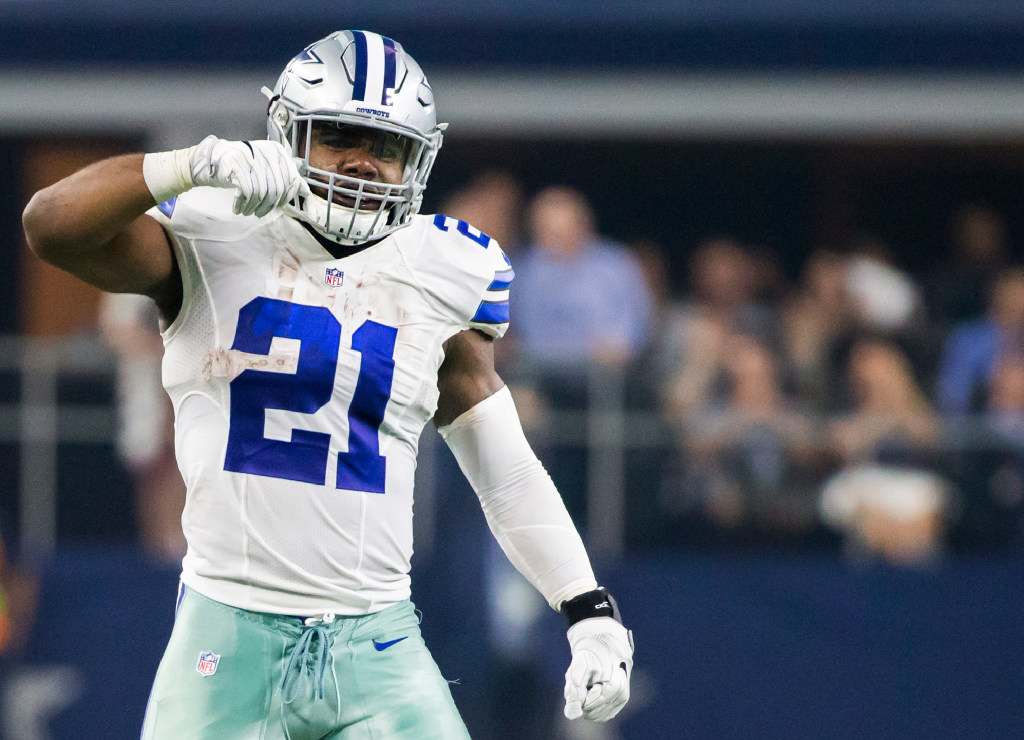 I want to start this handicap off with what the line was before the season started, Philadelphia -12. Since then, both teams have started 0-2 but I don’t think anyone would argue which team’s start is more surprising. The Eagles have looked bad and probably failed to meet just about anyone’s expectations. On the other hand, Cincinnati has impressed a fair amount of people through 2 weeks. What is the spread now? Philadelphia -4. This is easily the biggest line discrepancy from the preseason and I’ll argue it’s a pretty big overreaction. We’ll first look at Philadelphia’s body of work. Week 1 they were absolutely decimated by injuries. They lost half of their offensive and defensive lines along with a few other key players. They were going against one of the best defensive lines in the league and the right side of their line had a career 3 snaps. Wentz was constantly under pressure and they went -3 in the turnover battle. In fact, they actually still had a better YPP than Washington. Then in Week 2 they faced the Rams and again went negative in the turnover battle. The Eagles are a league worst -5 so far this season (Houston and Minnesota are second at -3). Now I’m not entirely negating the fact that Wentz is making poor decisions and their defense isn’t forcing turnovers but I’ll always at least look to bet team’s that are significantly negative in the turnover battle (as long as they don’t have a terrible defense along with a terrible quarterback). I look to bet them because that turnover rate will not hold up and the market generally will have a lower perception than what they should on those teams. Looking at Cincinnati, I see a team that has exceeded my expectations but I’m not as impressed as most. Yeah Joe Burrow has thrown for a ton of yards but he actually has the league’s worst yards per pass attempt (4.7 yards). For context, Dwayne Haskins and Sam Darnold are both at 5.6 yards per pass attempt. In addition, Cincinnati has the worst overall yards per play on offense, and they have by far the worst ypp margin (-2 ypp). On defense, Cincinnati is allowing 5 yards per run and 8 yards per pass and it’s not like they’ve played overly explosive offenses (Chargers and Browns). The Eagles finally have their complete offensive line healthy so I think they could see similar rushing success to what the Browns had in Week 2. If anything, it will take some of the pressure off of Wentz. Lastly, the Bengals have pushed and covered their first two weeks but they’ve been extremely fortunate on 3rd and 4th downs. Through the first two weeks the Bengals are 5/5 on 4th downs and 3/4 on preventing 4th down conversions. Their third down conversion rate of 50% is 2% higher than the league leading mark in 2019. This is impressive and the Bengals definitely deserve some credit for it but I believe it is something they will not be able to maintain. I’ll take the Eagles in a spot where I think you’re buying low on the Eagles and selling high on the Bengals. 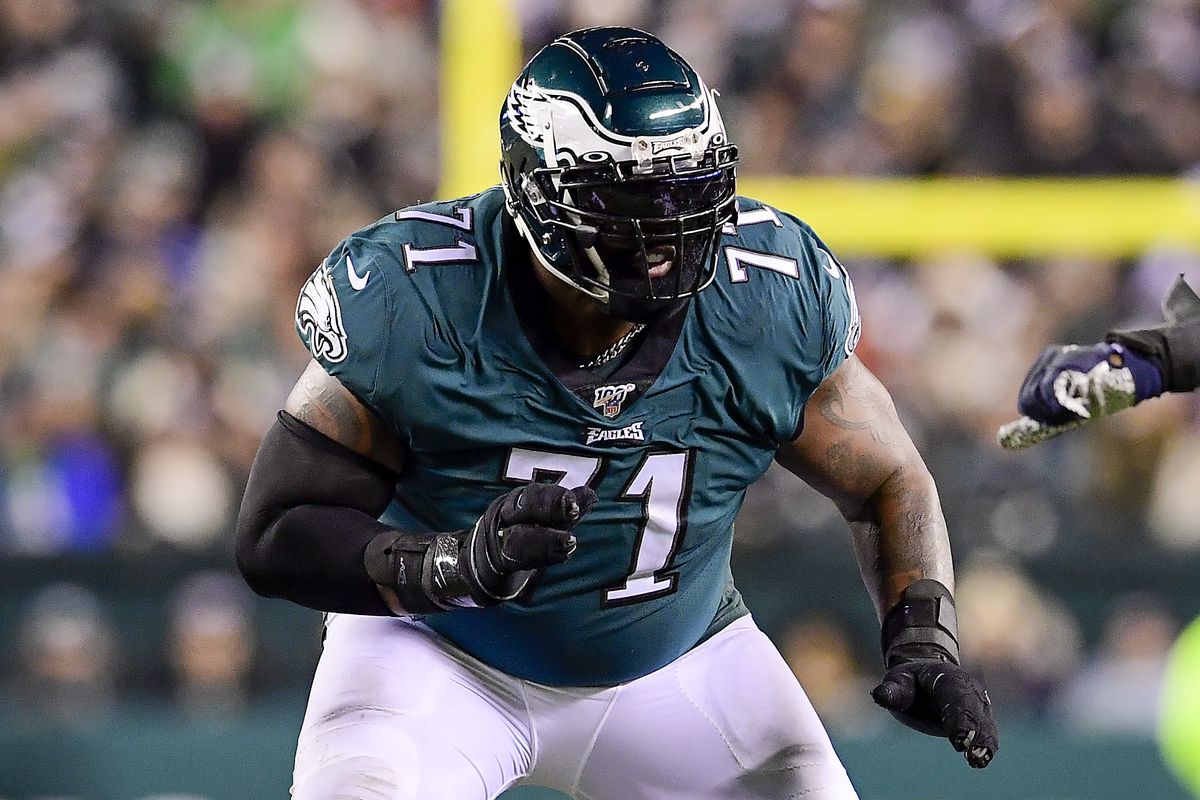 This cap is very simple. I don’t think the market has accounted for San Francisco’s injuries as much as they should have.

This offense already looked weaker than last year and they now will be without 4+ of their biggest playmakers. Nick Mullens now comes in and gets to pass the ball to who? And hand the ball off to who? This offense is lacking their identity from a season ago and I definitely would not trust them to find margin with Mullens behind center. It doesn’t get much better on defense though. They are now without their best corner Sherman and their best defensive lineman Bosa. These players are the heart and sole of that defense and on top of that they have cluster injuries on the defensive line. They dominated the Jets last week but to be fair the Jets are just going through the motions. Now when we look at the Giants we see a team that has played very hard the first two weeks. I’ve also been pleasantly surprised by Daniel Jones play at quarterback. Minus a couple boneheaded turnovers, Jones’ passing has looked improved. What part of the Giants offense has struggled the first two weeks of the season? Their run game and now they’ll be without one of the best backs in the league, Saquon Barkley. I want to argue that this won’t hurt the Giants as much as one might think. They were seeing little success running with him in Week 1 and Week 2 largely due to good defenses in the Steelers and Bears. Regardless, they kept running him into the line because if you have Barkley you have to feed him, right? Now that he is sidelined I think that takes away some of the pressure on the play calling and they can focus more on what is working. With Daniel Jones looking improved, I don’t mind having him throw 5 yard slants instead of runs. Their short passing game has looked fairly decent and I think they can see similar success vs the Niners. I also think Shanahan and the Niners will look to be cautious in this game. Imagine seeing 4+ star players on your team getting injured on a field and then having to play there the very next week. Would you be a little concerned? I would be. I’ll gladly take the Giants and the points in a game with one of the lowest totals of the week. I think their offense could do enough to possibly win this game outright. 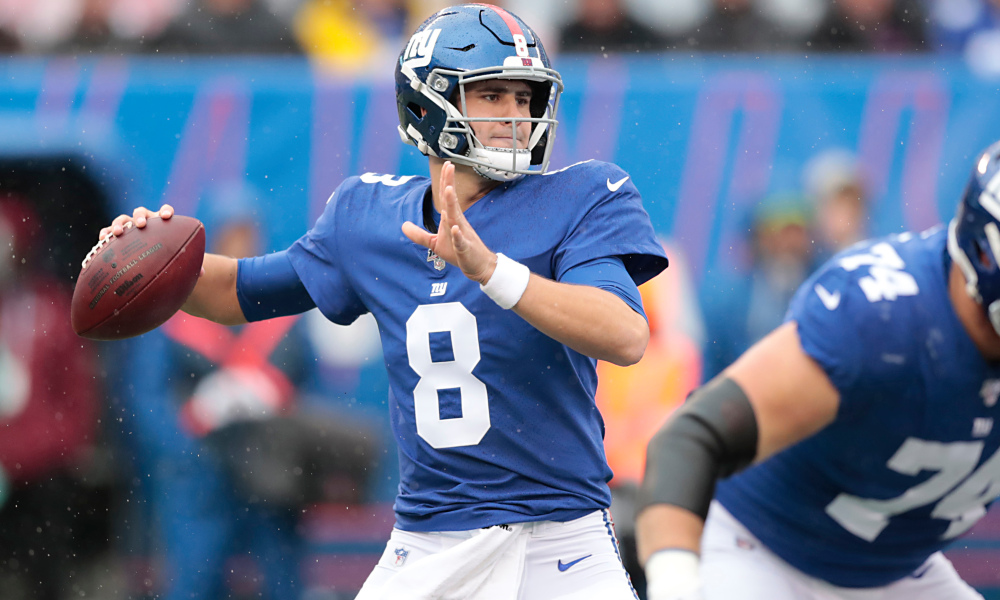