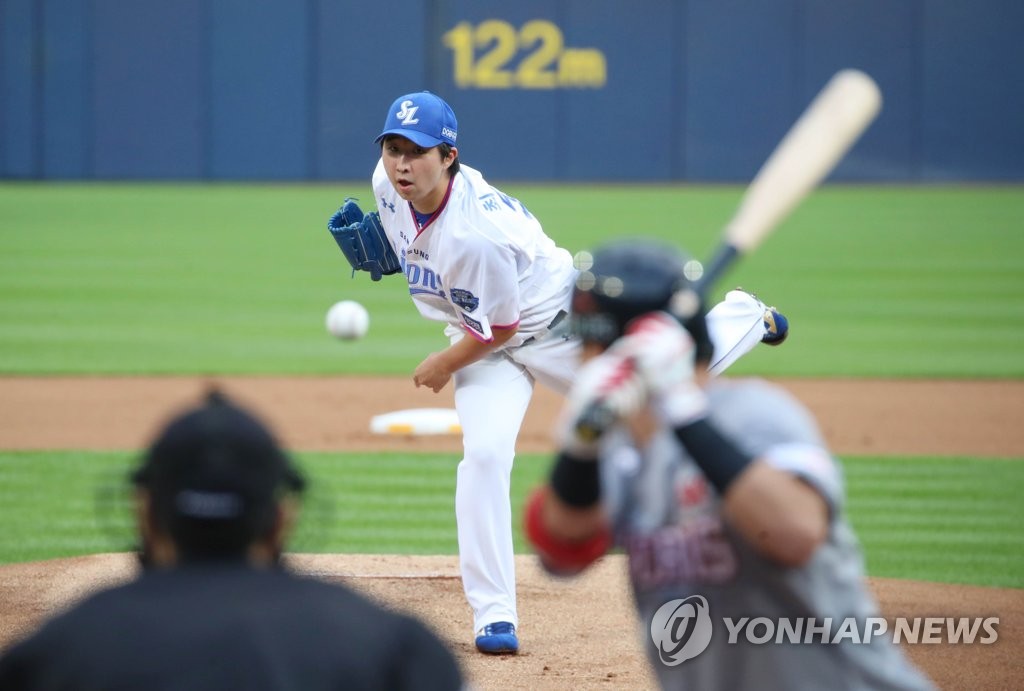 It’s been a while since I’ve done a major writeup for MLB or KBO (been pretty busy with work), but I figured I’d do one for this max tonight to give an insight into the process I took to not only this pick, but others like it. Quickly, here are my YTD unit counts including both the free plays I gave from April to July as well as the Premium plays I’ve done over the last two months.

MLB: +28.1U (strong rebound after a tough stretch to open one of the strangest seasons in recent memory)

Moving into the pick (stated above), there are a few key things that I want to cover, so I’ll probably just lay it out in that format to make it easily readable. Some items are applicable to both teams, others just to one, or even one particular player. I’ll start with one of the big ones for me that I tend to focus heavily on in KBO, given that I don’t really think Vegas does.

One of the better left-handed pitchers in the KBO, Choi enjoys his favorite matchup of the season tonight vs an LG team that typically starts 4 lefties, though they will likely only be starting three tonight due to an injury to MVP candidate Roberto Ramos (more on that later). Importantly, those three lefties aren’t just anyone in the lineup – they’re currently three of the four best hitters on the team, and practically the only source of any power, especially with the crucial bat of Ramos missing. LG ranks second in the KBO with 135 HRs, but nearly 70 of those should be strongly negated tonight (38 in the form of Ramos, 32 among the other three). The bat of Ramos is already irreplaceable and picking up the slack will be far more difficult against a pitcher of Choi’s pedigree. Examining his work this season, we’re clearly seeing a guy who excels vs teams such as LG, Doosan, and Kia, who all feature lefties as their best hitters. Choi had one absolutely abysmal start vs Doosan at home where he got annihilated to the tune of 17 hits, but that likely has to do with a combination of him seeing the Bears five days prior to that and just not having his best stuff on the next given day. Supporting that, Choi stifled Doosan in his most recent outing, where he gave up 3 runs in the first inning before practically being untouchable over the next 6, striking out 5 as no more hitters crossed the plate. I’m really excited about Choi carrying that momentum into this start today, particularly against an LG team that he has simply dominated. Here are his three starts this season vs the Twins:

Choi has a track record of excellence vs this team and should only be in a better spot with Ramos. LG was mystified last night by another Samsung lefty who is several tiers below Choi, and I’m excited to see what Choi can do over the first five tonight. For the record, here are the game logs of Chan-heon Jung (LG’s starter) vs Samsung:

As much or more so than MLB, a crucial component of examining KBO arms is looking beyond the base stats like ERA and WHIP. Because the KBO is such a contact and small-ball oriented league, pitchers can often escape from innings that include a walk and multiple hits simply because the majority of hitters don’t have the power to put a ball over the fence and punish a lack of command. However, most good luck comes to an end quickly for these guys, so three critical things I look at to make sure I’m not betting on one of them are the following stats: FIP, BB/9, K/9, and hard-hit ball rate (when available). Going through the list, the first obvious thing that stands out to me positively is that both pitchers have (relatively) strong FIPs, especially as compared with other arms in the KBO. Due to an injury earlier this season, Jung falls just short of the innings qualification for a leaderboard position, but if we were to include him, he would rank 9th in the league with a 4.02 FIP, just ahead of Choi (10th) with a 4.10 FIP. As far as K’s go, Choi and Jung both average a touch more than 7.5, putting them 11th and 12th in the league. Finally, perhaps my most valued stat is walk rate, as the true disaster of unders in the KBO is when a pitcher just can’t find the zone. Fortunately, that shouldn’t be a serious problem if our starters pitch to their season averages. Jung ranks within the top-15, and Choi sits at 22nd, but has improved significantly over his last 7 outings. While these aren’t necessarily eye-popping stats compared to Major League Baseball, the fact that they are all consensus top-15 reflects the fact that pitching can be hard to come by in the KBO. Additionally, we have to understand that this is a league severely top-heavy in terms of hitting quality, so matchups and situations dictate whether that level of arm is an appealing option or one to stay away from. As mentioned previously, LG is clearly a positive matchup for Choi, and Samsung has scored a combined 7 runs in their last 4 games – including 3.3/game over their last 10 – shaping up to be an equally solid option for Jung.

The fact that this game is being played at LG’s stadium (Jamsil) cannot be undervalued. Jamsil, shared between LG and Doosan, is far and away the most pitcher-friendly park in the league. With dimensions at 330 to the corners and 415 to dead center, Jamsil is a cavernous field and plays extremely deep, and it’s extremely clear that that trend has manifested itself with the Twins. They average 6.48 R/G on the road, compared to 4.78 R/G at home. In games LG plays at home, an average of 1.37 HR/G are hit, which is astonishingly low considering LG has the 3rd-most HRs in the KBO. This speaks to the difficult of putting a ball out here. Furthermore, Samsung has had serious problems scoring runs on the road, with an average of 4.47 away compared to 5.20 at home. This power dampening could be even bigger tonight, as LG will have to contend with the loss of Ramos and the left-on-left problems at the top, and Samsung ranks 9th in the KBO with HR/G on the road at 0.65. Furthermore, Samsung’s pitching has excelled on the road, as they boast the 2nd-best ERA among starting pitchers (3.96) of teams playing away from home. Choi in particular has cruised lately, putting together an extremely impressive 1.86 ERA on the road in his last 5 starts. Stringing hits or walks together is typically a hard task against these two pitchers, so avoiding a setback HR is a key component of the play and huge for our guys.

If you’re looking for any other angles to this game, here are a few I’d suggest: