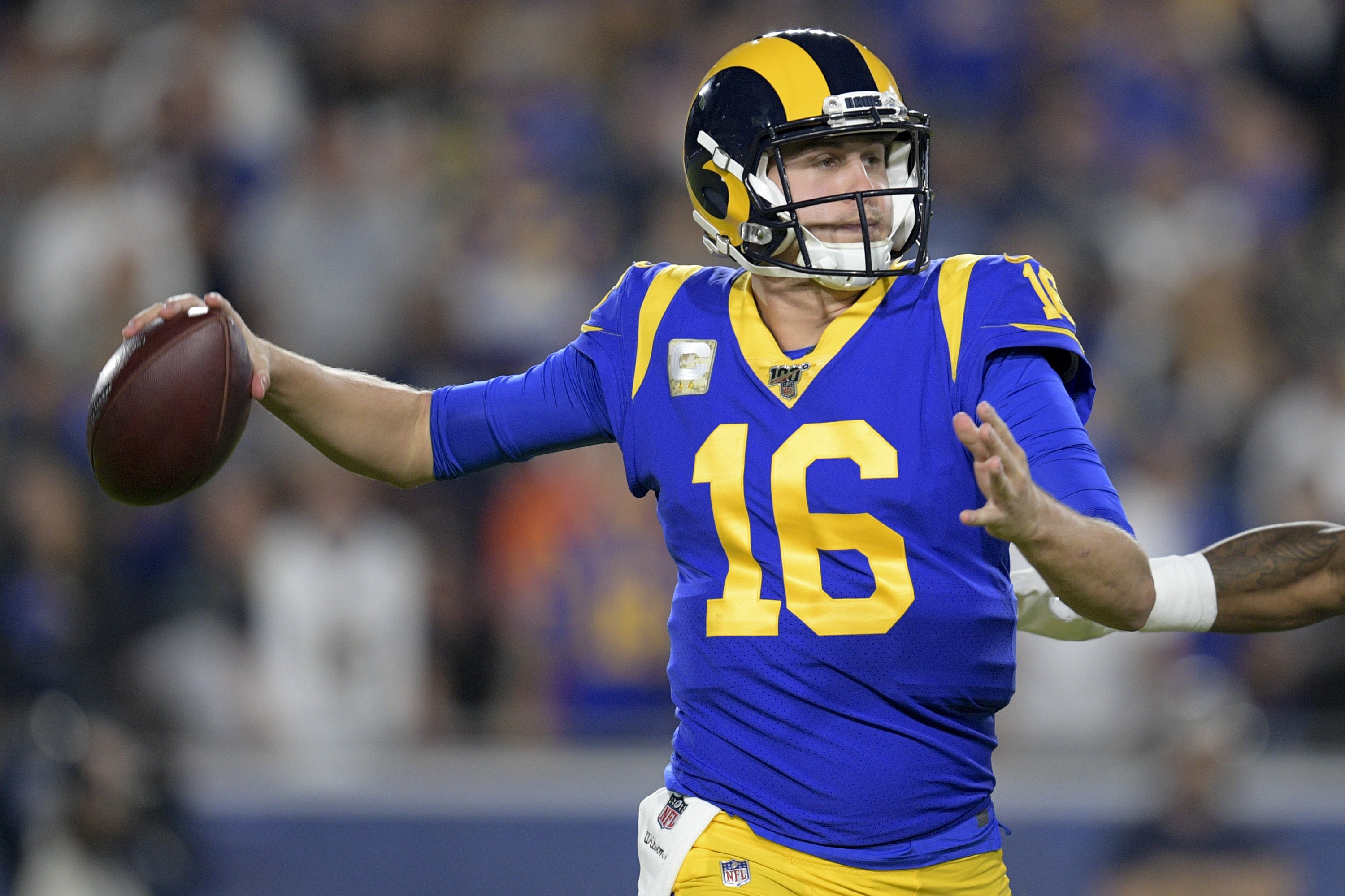 Due to the expected rushing success, the Rams should see success in play action scenarios. Jared Goff and Sean McVay are at their best in play action so I think it will result in a high completion percentage. The Dolphins have two strong corners in Xavien Howard and Byron Jones but the Rams will be able to neutralize that strength with a lot of quick hitting routes over the middle and not as many throws downfield into coverage.

Although Tua may be looking great in practice, the quarterback change to him was not due to his performance in practice in my opinion. Hearing Fitzpatrick talk about the move and him saying he was shocked, sad, and hurt tells me that he was completely blindsided by the move. That is not what I like to hear coming from a quarterback that several players spoke openly about saying he was a fierce leader that the guys loved playing for.

This Dolphins team is 3-3. Having their best start to a season in years and arguably right in the mix of the playoff spot. Time to make a quarterback switch? This move seems to have been pre-planned for after the bye and that doesn’t add confidence for me about Tua. Furthermore, the Dolphins are looking for a trading partner for their best corner and maybe best defender, Xavien Howard. Is this what a team looking to win does? Or rather is it a team that is still looking to rebuild? The writing seems to be on the wall and I question how some players may react to some of the moves being made. I totally believe the players will play hard for Tua but I have questions about the culture statements being made by the front office.

Tua is making his first career start vs one of the most dominant interior defensive lineman of all time, Aaron Donald. The Dolphins interior offensive lineman rank 20/36 at Center, and 49th and 67th out of 77 Guards. Aaron Donald is having another great year and I expect more pressure this week.

The Rams can be exploited more easily through the run than the pass. The Rams have a fringe top 10 pass defense and an average rushing defense. The Dolphins won’t be able to capitalize on their average rushing defense. They have the 23rd DVOA ranked rushing offense and 13th ranked passing offense. And is anyone arguing that Tua will immediately be an upgrade to this passing offense? Additionally, Ramsey will be shadowing the Dolphins best wide receiver and playmaker DeVante Parker who leads the team in target share and air yards.

I recognize this may be a tough situational spot for the Rams with all their recent traveling as well as coming off a Monday night game. I power rate this game at Rams -4.5 and I think the matchup advantages the Rams have heavily outweigh the situational spot.

Home Underdogs of 3 or more points coming off a Thursday night game or a bye are 1-19 ATS since 2016. 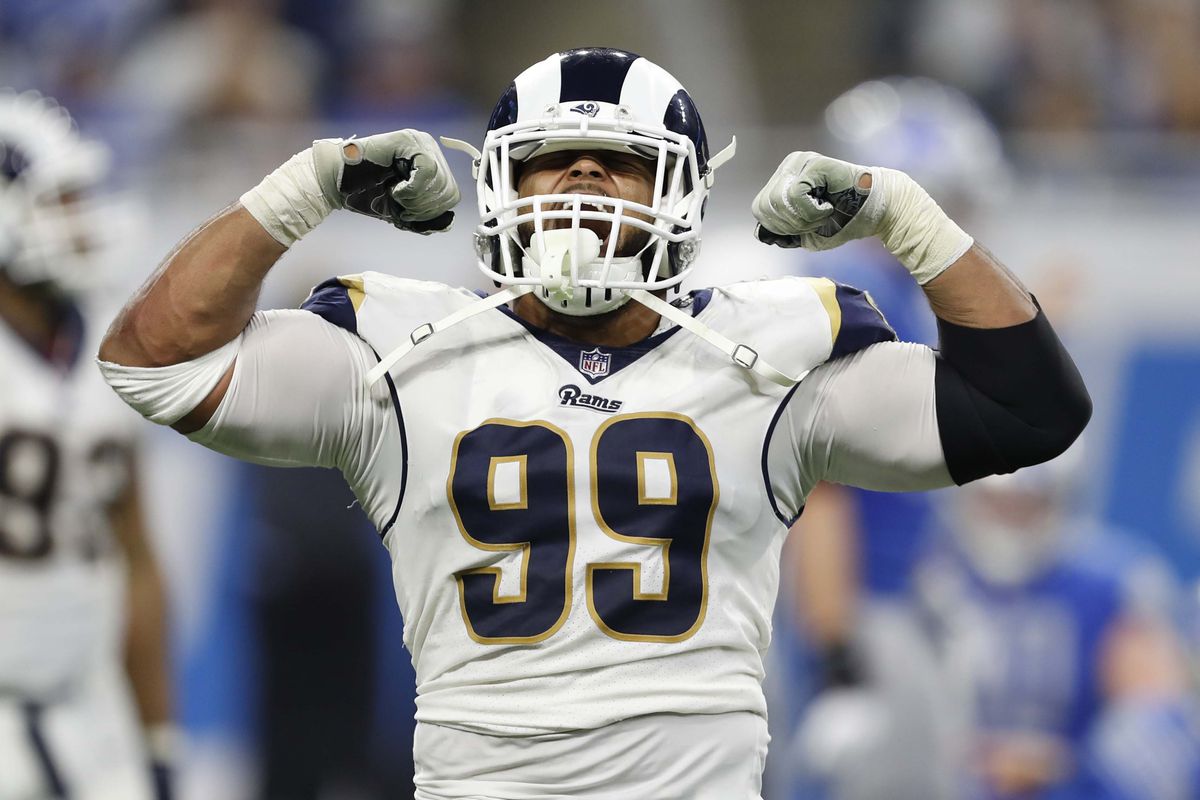 The lookahead on this game was Seattle -5. Yes, San Francisco dominated New England but San Francisco also lost several key starters to injury. And how good is New England? They’re 2-4 and they just lost to the Broncos at home the week before. Seattle had 3 Wilson interceptions and they still were a first down away from covering vs the Cardinals. Seattle didn’t look bad last week and they’re only getting healthier on defense.

San Francisco is on a back to back road trip. Coast to coast from New England to Seattle.

The Seahawks defense ranks 9th vs the rush and 30th vs the pass. Seattle’s defense is exploitable through the air. The good thing for Seattle is that San Francisco’s strength is their run game in which Seattle ranks top 10 in defending. If the Niners want to beat Seattle through the air they’ll have to do it without their #1 WR Deebo Samuel who got injured last week and is out.

This is Russell Wilson’s MVP year many people believe including Pete Carroll and the coaching staff. Do I smell a great bounce back spot? I think the Seahawks may have learned their lesson from their conservativeness late in the game last week. They had a chance to put the ball in Russell’s hands to make a play but instead they ran it 3 straight times. Not to mention that Wilson had been tearing up the Cardinals secondary for most of the game. I just don’t think they’ll lay off the gas or let the game be decided by their defense quite so fast next time. I expect the more aggressive play calling we’ve seen earlier this season to continue.

San Francisco’s defense is really beat up and missing several pieces. Some would consider their defense to be a shell of what it was to start the season. They are missing several players on their defensive line as well as their secondary. I think Seattle is a team that can exploit these missing pieces much more than we saw the Patriots do so last week. The Niners have lucked out with their schedule facing the 3rd easiest opposing pass offenses.

San Francisco has shown a tendency to struggle with running quarterbacks like Kyler Murray in week 1. I think Wilson could have similar success against a now much weaker defense. 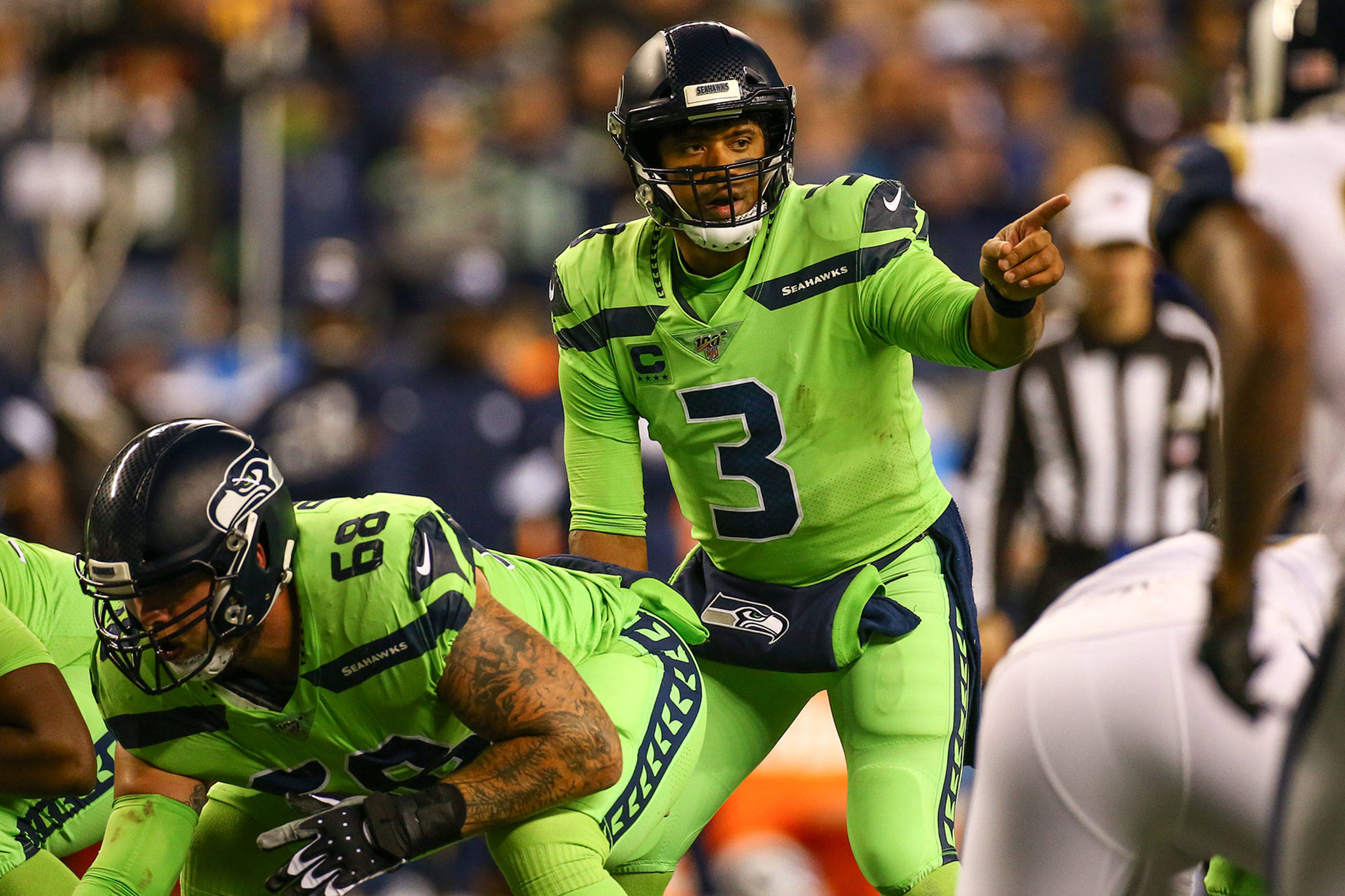