We are back at it this week after the team event last week at the Zurich Classic. It ended up being an exciting finish with Charl Schwartzel and Louis Oosthuizen going to a playoff with Cam Smith and Marc Leishman with the latter prevailing victorious. This week is the Valspar in Tampa, Florida. Let’s take a look at some bets for this week. 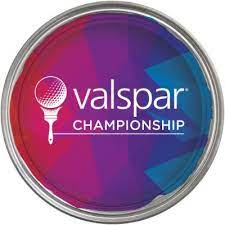 I like the value here for Conners that checks all of the boxes here at Innisbrook. He almost went wire-to-wire back in 2018 before falling on Sunday, and finishing T-16. His last six starts have yielded four top ten finishes. Conners ranks fourth in SG T2G, fifth in SG Approach, fourth in SG OTT, and has great course history here as well.

Kokrak’s most recent performance at the Masters was a bit underwhelming but it was a major with a stronger field. I like Kokrak’s odd even with Dustin Johnson and Justin Thomas both teeing it up this week in a weaker field. Kokrak is only a few weeks removed from a top ten finish at The Players and we get him this week at 35-1 odds. He ranks inside the top ten for SG Short Game, and top 20 in SG T2G, BS, and OTT. I like his value this week and will also being laying a couple of units on a top ten finish.

I have rose in my other outright bet considerations. He has been playing well lately with a seventh place finish at The Masters and a T-11 last week at the Zurich Classic. I know that the Zurich is not a great indication of typical stroke play events but he still played well nonetheless and has three Top Ten finishes at Copperhead. His odds seem too good considering some of the caliber of golfers with shorter odds ahead of him.

This week and moving forward I am going to include some of AC’s and Sam’s favorite bets for each tournament. For those of you that missed the action earlier in the tour season, AC hit five outright winners. Between me and AC, we have hit the outright winners in seven events this year. Be sure to join the Premium Golf Discord group for even more bets including matchups, first round leaders, and live bets.